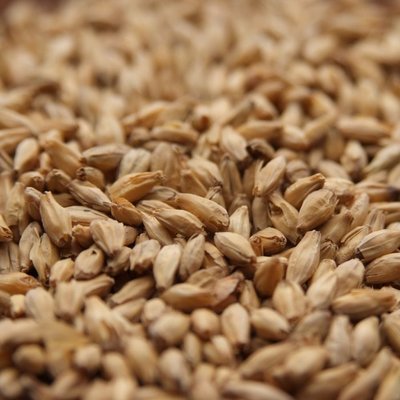 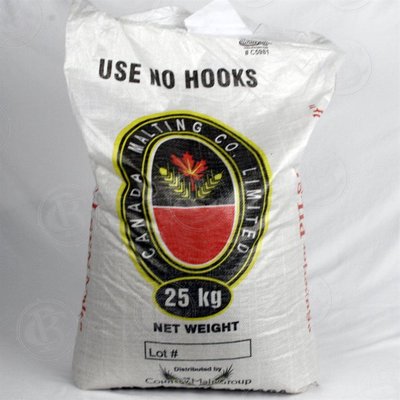 The Canada Malting Company, established in 1902, is one of the oldest operating malting companies in the world and supplies many craft breweries and distilleries with the grains that they use. Given Canada’s vicinity to the U.S. the grain is still domestic in a sense while offering a higher quality product due to the fact that Canada’s climate is much more conducive to the growth and harvest of barley. 6-row barley is somewhat of a workhorse when it comes to base malts and is primarily used for its conversion potential as opposed to its flavor. This malt is preferred in brews where there are a lot of adjuncts used because of the higher diastatic power of the grain and its ability to convert starches found in rice, corn, etc.… to fermentable sugars. Also, the larger husk found on 6-row (as opposed to 2-row) is also beneficial as a lautering aid when using ingredients with no husk. However, there is some sacrifice here as 6-row also has a slightly higher protein content and a lower yield. 6-row functions as a base grain and is typically used at 70-100% of the grain bill, supplying a majority of the fermentable sugars and enzymatic potential. One can expect a pale yellow to straw colored brew with an earthy malt character and lightly grainy notes. 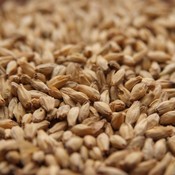