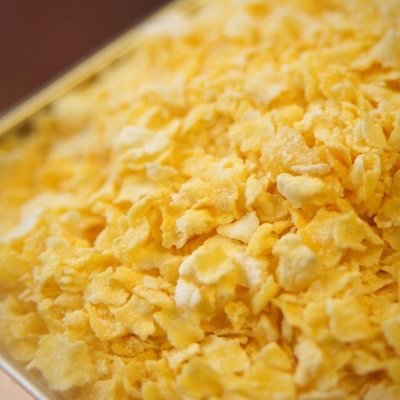 Flaked Corn or Flaked Maize has pretty deep roots in the American brewing scene. This cereal adjunct is very often used in the production of Cream Ale and American Lagers and Light Lagers. Briess removes the oil from the corn that they flake so that the chances of rancidity are eliminated and storage is not an issue. Also, the corn is pregelatinized so that they are easily incorporated into a mash and will contribute more fermentables than typical flaked grains. However, Flaked Maize should NOT be run through the grain mill, as it will powder and cause problems in the mash and sparge. Flaked Maize has a number of useful brewing functions and can be incorporated in a wide array of styles. You can expect Flaked Maize to contribute fermentables without adding color, body, or flavor and this makes them useful in a number of applications. Consider using Flaked Maize if you would like to: create a more dry and crisp beer, keep your original gravity the same but impart a less malty flavor, or create a lighter colored/bodied beer without sacrificing gravity. You can use Flaked Maize at a rate of up to 40% as a cereal grain.
0 stars based on 0 reviews Add your review
Purchase Non-GMO Flaked Corn 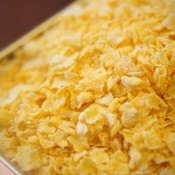