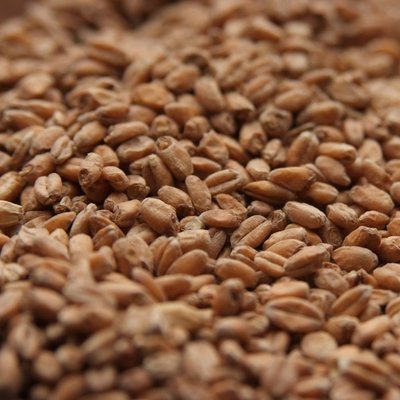 Red Wheat and White Wheat are differentiated based on the presence of a few genes that are responsible for the production of polyphenols (tannins) in the wheat grain itself. These tannins contribute a light (reddish) color to the wheat itself thus resulting in the ‘red’ and ‘white’ designation. There is some argument that red wheat contributes a more full and malty flavor as a result of these extra compounds and there is some claim that there is no difference between them whatsoever. As far as we know, there has been no scholarly study into the organoleptic differences between these two grains. Red Wheat Malt can be used in most any style, to some degree, for aid in head formation/retention and adding body. Generally, 1-5% is suitable for these purposes. When wheat is used at a higher rate it will noticeably bolster head formation and retention, add roundness to the body, contribute a light wheat flour flavor, and can add some haze to your beer. This is usually the case when you start using wheat at 10-25% of your recipe. If you’re considering brewing Hefeweizen, Belgian White, or other wheat centric styles then you’ll probably be using more along the lines of 30-50% wheat. Keep in mind that wheat does not have a husk and generally benefits from the addition of rice hulls in the effort to avoid a stuck mash/sparge.
0 stars based on 0 reviews Add your review
Purchase Beer and Wine Red Wheat-Bulk 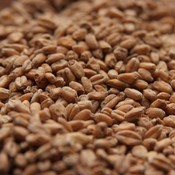