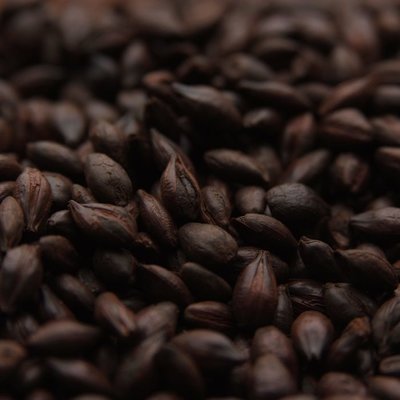 The dehusked Carafa grains are excellent for color adjustment and mild flavor and aroma contributions. The barley husk contains a number of polyphenols and other astringent and biting compounds that can make their way into your beer, especially with grains that have been kilned at a very high temperature or roasted. Dehusked Carafa III has the color potential of Roasted Barley or Black Patent malt but with a much smoother character when used in the same quantities. That being said Carafa III is also known to lend a less pronounced flavor than these grains, which makes it more appropriate for usage in small quantities for color adjustment. This is a great grain for Black IPAs, Schwarzbiers, Bocks, Browns or any beer that you would like to add some color to without contributing much else. One could use it in Stouts and Porters but should also incorporate other dark grains to make up for the characteristic flavors contributed by these grains. Generally employed at 1-5% of the grain bill.
0 stars based on 0 reviews Add your review
Purchase Weyermann Carafa III (dehusked) 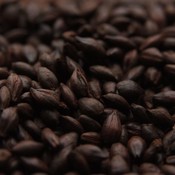